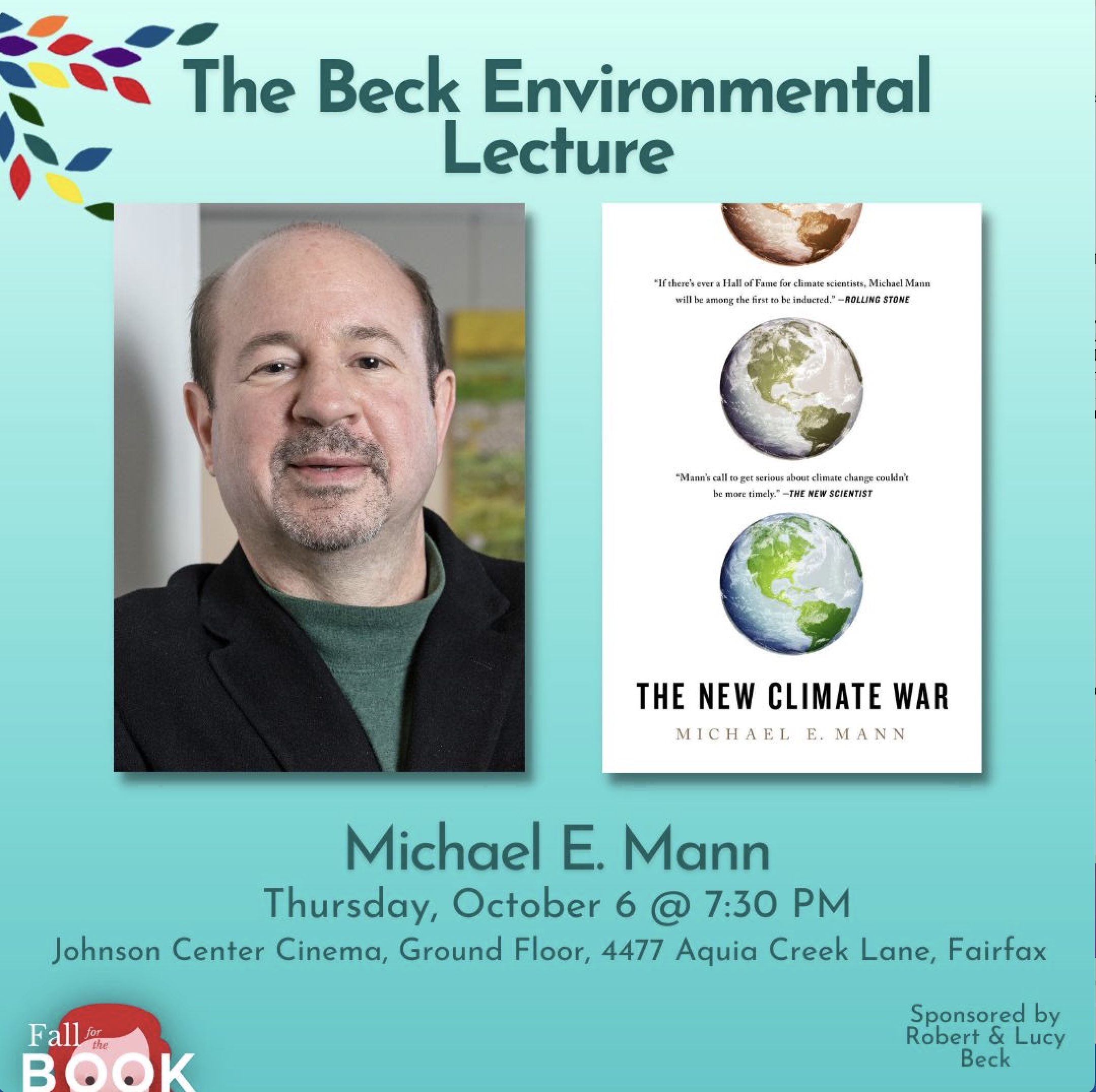 Michael E. Mann, one of the most famous science communicators in the world, is back with his new book The New Climate War, which reveals the thirty year campaign major polluters have run to deflect blame for climate change onto individuals, and away from their own toxic practices. Bill Nye says, “Mann shows that corporations and lobbyists have been successful in convincing us that climate change will be fine, if we just recycle our bottles and turn out the lights. Instead, he says, global warming is a problem way too hot for any one person to handle. He’s optimistic though, because he sees what we really can and will do.” Mann combats climate doom-saying with practical steps to save the planet. Sponsored by Robert & Lucy Beck.

More information can be found here.