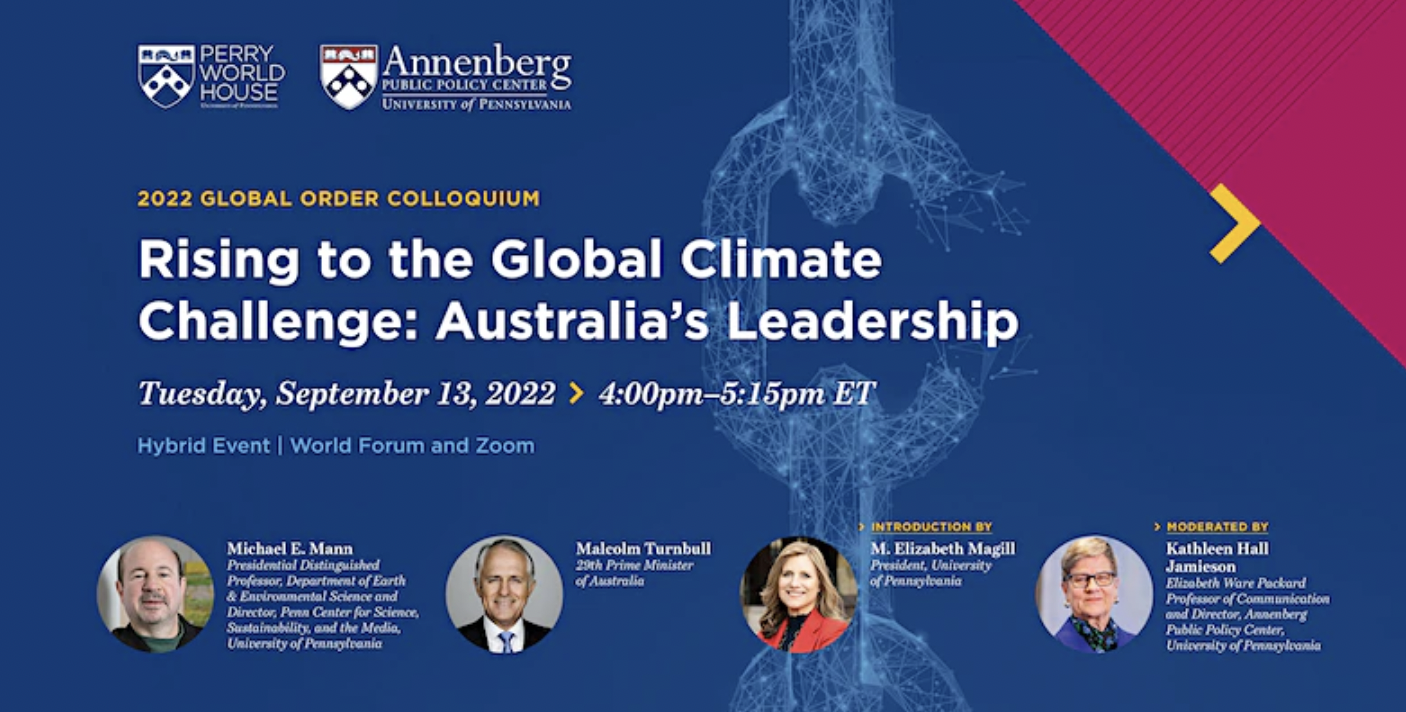 As increasingly extreme weather events swept the country – such as the devastating wildfires of early 2020 – local advocates and activists contested widespread climate disinformation and mobilized people power to achieve meaningful governmental action. These efforts helped to bring about the groundbreaking Climate Change Bill, expected to become law in Australia in the coming weeks, which pledges to cut the country’s emissions 43% by 2030. Climate change remains a highly divisive issue across the globe, but Australia’s gradual move toward this progressive new law is an example of cohesion in a fracturing world. It demonstrates that national governments are acknowledging the extent of this shared global problem and are enacting policies that make a difference. Join Perry World House and the Annenberg Public Policy Center for a conversation on these developments with former Prime Minister of Australia Malcolm Turnbull and Penn’s Michael E. Mann, moderated by Kathleen Hall Jamieson. Turnbull will share how his government gained traction on critical climate issues, such as the development of new renewable energy projects like the Snowy Hydro 2.0 hydroelectricity scheme, and together they will examine how to make progress on climate change by tackling rampant disinformation and moving governments toward effective action. This keynote conversation, part of Perry World House’s 2022 Global Order Colloquium, “A Fracturing World: The Future of Globalization,” also serves as the launch event for the Penn Center for Science, Sustainability, and the Media (PCSSM), which will be led by Professor Mann and housed at the Annenberg Public Policy Center. University of Pennsylvania President M. Elizabeth Magill will provide introductory remarks for the program.